In September, Southcoast Health Systems, the largest employer in the region, announced that there would be 105 job reductions with 50 to 60 people losing jobs. These reductions were attributed to “challenges” stemming from the Patient Protection & Affordable Care Act (PPACA).

Most hospitals across the country are taking similar actions, mostly due to health care reform requirements and the overall changing landscape of health care, but also due to the $9.9 billion in government sequester cuts to Medicare reimbursements which have already taken place.

The PPACA’s $260 billion reduction to Medicare’s funding of hospitals over the next 10 years will amount to a 9 percent cut to hospital reimbursements that will need to be addressed, while hospitals need to serve more patients. These “challenges” are widely misunderstood by most, including the people who passed the law and who are trying to implement it.

The “challenges” that Southcoast Health Systems and many other hospitals are facing include reduced income to providers, increased cost to the providers, and additional administrative and reporting burdens, and will impact how and where care is delivered and what patient services will be available.

The hospital sector lost 9,000 jobs in May, the worst month in 10 years, along with an additional 4,400 jobs in July, according to the most recent estimates from the Bureau of Labor Statistics.

Hospitals must recalibrate their operating model to shift patients from inpatient to outpatient services. Reduced admissions and increased outpatient and observation stays mean dramatically less reimbursement to the hospitals and more importantly a cost shift to the patients whom they serve.

A material consequence of the PPACA is that there will be increased payment expectations from the patients. This issue is not widely discussed and is clearly understated.

Most patients will have high deductibles and coinsurance in their insurance plans making the patients responsible to cover a larger portion of outstanding balance of their bills.

Given the overall economic climate that is impacting us all with items such as higher unemployment, and high gas and food prices, payments to health care providers will naturally be deprioritized by patients as a matter of necessity.

This is bad news for our region’s hospitals and physicians.

For a hospital system like Southcoast Health, where approximately 67 percent of its patients are insured through Medicare and Medicaid, reductions in reimbursement translates to a loss of millions of operating dollars, jobs, patient access and quality patient care.

The new health care law is meant to ease the burden on hospitals by expanding Medicaid coverage to more low-income Americans who often use hospital services in emergencies and then are not able to pay their bills. Though hospitals will be receiving Medicaid reimbursements instead of writing off bad debt, they will have to deal with a rapidly growing patient population whose medical care will be reimbursed well below what it cost to run and operate a health care facility while meeting patient’s service needs, investing in growth and technology, and retaining the best resources.

Our region’s hospitals are operating on modest profit margins, if any at all. The cumulative, drastic and poorly planned and executed roll out of the law will leave our regions health care providers and all of us who depend on them searching for answers for the foreseeable future,

I guess we are all in this together. 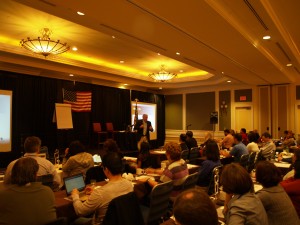 With the implementation of the Patient Protection & Affordable Care Act well under way, health care providers are faced with an ever growing list of administrative and financial responsibilities that can take their focus and time away from the most important piece of health care: the patient.

By 2019, 32 million more Americans are expected to hold health insurance coverage. According to the Congressional Budget Office, half will be covered under government insurance programs, specifically Medicaid and the Children’s Health Insurance Plan.

Providers will be faced with not only preparing to serve more patients, but will need to address changing Medicare and Medicaid reimbursement rates for hospitals and primary care physicians as well as comprehensive reporting requirements.

Hospitals that currently serve a large number of Medicaid and uninsured patients will see their DSH (disproportionate share hospital) payments reduced to 25 percent of current amounts, beginning in 2014. The rationale for the reduction is that as more people have access to insurance, hospitals will see a significant drop-off in uninsured patients.

Over the next six years the forecasted rate that Congress uses as a benchmark for implementing Medicare rate increases, will be reduced anywhere from .2 percentage points to .75 percentage point, keeping billions of dollars in reimbursements from hospitals. Hospitals will also see payment reductions in certain instances around hospital readmissions and hospital acquired conditions (i.e. infections).

Additionally, hospitals will have new requirements to qualify as tax exempt charitable hospital organizations, including;

1.  Charge limitations: Hospitals will no longer be able to charge uninsured or underinsured payments more than its contracted commercial rates; and,

With so much to do to prepare for the full implementation of the PPACA, hospitals and physician groups can be overwhelmed by regulations and setting strategy to manage its requirements, while continuing to focus on the patient.

To assume that patients will not be directly impacted by reform changes to providers is simply disingenuous. The delivery of care will be slower and more costly. Some strategies for health care management leaders include:

1.  Model current and future patient scenarios to identify potential service and financial challenges. Review your current patient profile makeup (self pay, commercial insurance, Medicare, Medicaid) and use your current demographics to create scenarios around serving the newly insured with reductions in total bad debt and uncompensated care that can be compared against scenarios that include a smaller number of uninsured patients and the new Medicare reimbursement cuts.

2.  Review and update procedures around the revenue cycle to be in compliance with PPACA. From registration to billing and collections, it is going to be imperative that hospitals and medical groups are in compliance with PPACA’s financial regulations and that all revenue cycle procedures are in writing, communicated to staff, and controls in place in order to receive Medicare and Medicaid reimbursements. Reporting requirements that used to be carrots (incentives) for providers will soon be sticks (penalties) for non-compliance of reporting requirements.

3.  Review and improve current technology to efficiently track measurements and outcomes. Expanded reporting will require health care systems to answer even more questions about their patient encounters than they do now. Health care leaders will need to renew efforts to ensure their technology is able to track a patient’s visit from beginning to end with a focus on using systems that interface and integrate easily with one another to reduce inefficiencies and redundancies.

David MacDonald is CEO of Aegle Advisors (www.aegleadvisors.com), a boutique health care consulting firm that focuses on an approach of financial and operational analysis, observation, and communication. Contact him at dmacdonald@aegleadvisors.com or (617)331-7169.

Cash based healthcare service is a rapidly growing trend that you can see in a variety of settings, such as micro practices and concierge medicine. The driving force is the shift we’re seeing in the healthcare delivery model, where all stakeholders are being negatively affected by the current status quo.

Doctors and Patients alike believe the current bureaucratic insurance system is too costly, inefficient and is impinging upon traditional liberties. As the cost of insurance has risen dramatically, the value has actually diminished. Patients are waiting longer to schedule appointments, longer in the waiting room, and most importantly receiving watered down health services by paraprofessionals as opposed to physicians.

On the physician side, it is extremely complex to operate a private healthcare business with all of the compliance, rules, regulations, process and forms in order to see a patient, and HOPE you get paid in 45 to 60 days.

This solution makes a lot of sense from a value proposition. This is not to say that people should not insure for catastrophic illnesses or accidents such as cancer or car accidents, however, everyday healthcare maintenance fits well into the cash based model.

The benefits to the practitioner is that they will be treating patients who truly value their health and a doctors expertise, while reducing cost and administrative burden of working through the insurance based system. The model has shifted to a consumerism based model – the more you pay, the more you expect. This is not necessarily the case with healthcare delivery today. The downside to this approach for physicians would be limiting their market share because it will only appeal to a certain sector of the market place, much like higher end goods or services.

In the right geography, cash-only practices could be an effective business model, but site selection and targeted demographics are key. This must be researched to understand where the people are spending their money, what do they value, and what do they expect. A professional or a busy mom does not have the time to sit in a waiting room for an extra hour because their doctor is running behind schedule. What it says from a service perspective is that you are not a priority, which is something that the private market and a cash based business would correct immediately.

I thought posting these daily would be a cinch, yet here I am with only 3 days left until Christmas and I’m 4 traits behind (and noticing that Day #9 got lost somewhere in the WordPress black hole!  Need to find that one!)

So, I’m wrapping up (pun intended!) this Top Ten list of Leadership Traits below and looking forward to continuing our dialogue in 2012!

It’s not always easy to be open and accessible, particularly with difficult issues or tough solutions, but a good leader needs to be transparent with his teams and speak clearly and openly about pressing issues.

The ability to look and plan ahead is paramount for any good leader.  It’s important to set a vision and solidify support from key stakeholders who will help execute your vision.

You cannot be afraid of technology! Embracing IT and new technology advancements for the betterment of Patients, Partners and Employees is a must.

Sounds simple, but good communication skills can’t be underscored enough.  Leaders need their constituents to understand their vision and expectations.  There is no room for ambiguity.

People genuinely want to be led and to believe in their leader.  A fancy title is not leadership.  It’s having the ability to motivate and inspire people to follow you.

You must be present! A corner office with a closed door won’t get you anywhere.  To be a good leader you must know your people, your patients and your community.

A good leader ensures that people and systems are measured and held to standards, because without benchmarks there is no way to demonstrate progress and success. Ensuring your team has ownership of its ideas and is held responsible for their results.  At the same time, a good leader must holding himself/herself to that same standard.

Today officially marks the 10 day countdown to Christmas! To commemorate the occasion, I’m going to do a Top 10 myself – Top 10 Traits for Healthcare Leaders!

As we look to start a New Year, healthcare executives should be thinking about how they can make 2012 more successful – for their employees, partners and patients! Each day, I’ll reveal a new trait.

Today’s Trait:
#10 – Clarity of Purpose
A strong leader must truly understand the reason for an organizations existence as well as its goals. Once you know what the organization wants to accomplish, you must be able to balance those priorities with the economic realities.

Sounds so simple. Yet, I’ve met many executives throughout the years who have lost focus on their mission. When it comes to purpose, fuzzy won’t cut it; clarity is critical.